Reaching the summit of Mount Fuji has long been considered a spiritual tradition which continues to this day. In this zone, you can experience climbing Mt. Fuji from the ocean—something which is only possible in Shizuoka Prefecture—by ascending a 193m-long spiral ramp while watching a time-lapse videos of the landscape of Fuji. 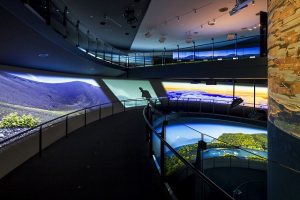 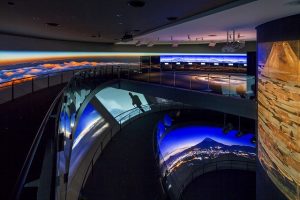 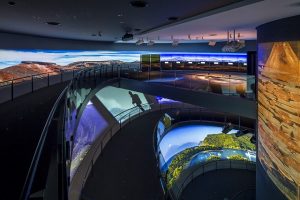 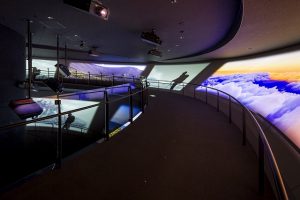 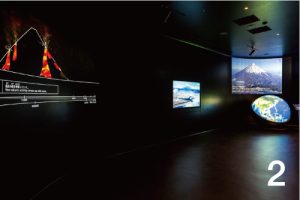 Mt. Fuji, which formed in one area of the circum-Pacific volcanic belt, otherwise known as the ‘Ring of Fire’, is a young and active volcano. The first encounter between this fierce volcano and humans occurred around 35,000 years ago. This zone introduces the story of the encounter between Mt. Fuji and human beings. 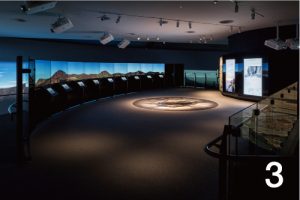 Mt. Fuji, blessed with beautiful scenery and abundant nature, has given rise to diverse faiths and art throughout its long history. Even today, the mountain is deeply rooted within the hearts of the Japanese. This zone introduces the spiritual beliefs surrounding Mount Fuji and its importance as a sacred mountain. 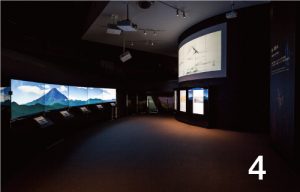 The holy volcano Fuji. Its graceful form, clad in white snow cascading serenely down its ridgelines, has been praised in ancient poems and has also been depicted in works of art. This zone introduces the Mt. Fuji that is depicted in art and literature. 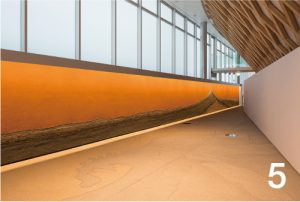 Mt. Fuji is a high mountain rising up more than 6000 m from the bottom of Suruga Bay. The snow and rain at the peak soak into the ground, flowing down to form springs on the seabed. This water supports various kinds of life. Here, we will introduce the living organisms in the areas from the alpine zone to Suruga Bay. 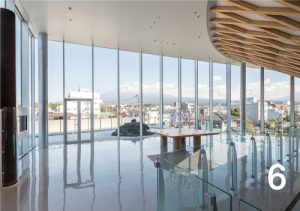 *The displayed numbers indicate the standard order in which to view the permanent exhibits.

*With some exceptions, exhibit explanations are available in Japanese, English, Chinese (simplified and traditional) and Korean.

Experience a 265-inch screen with a 4K HD projector.
Two of the programs being produced will let you enjoy the beauty of Mt. Fuji even on days when the mountain itself cannot be seen.
The experience is intensely immersive – particularly for those in the front row. 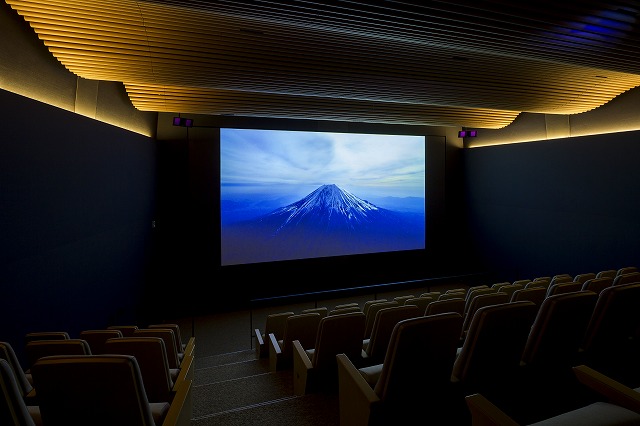 Get acquainted with the Mt. Fuji World Heritage Site component parts as well as the Mt. Fuji-related attractions available in the surrounding cities and towns.